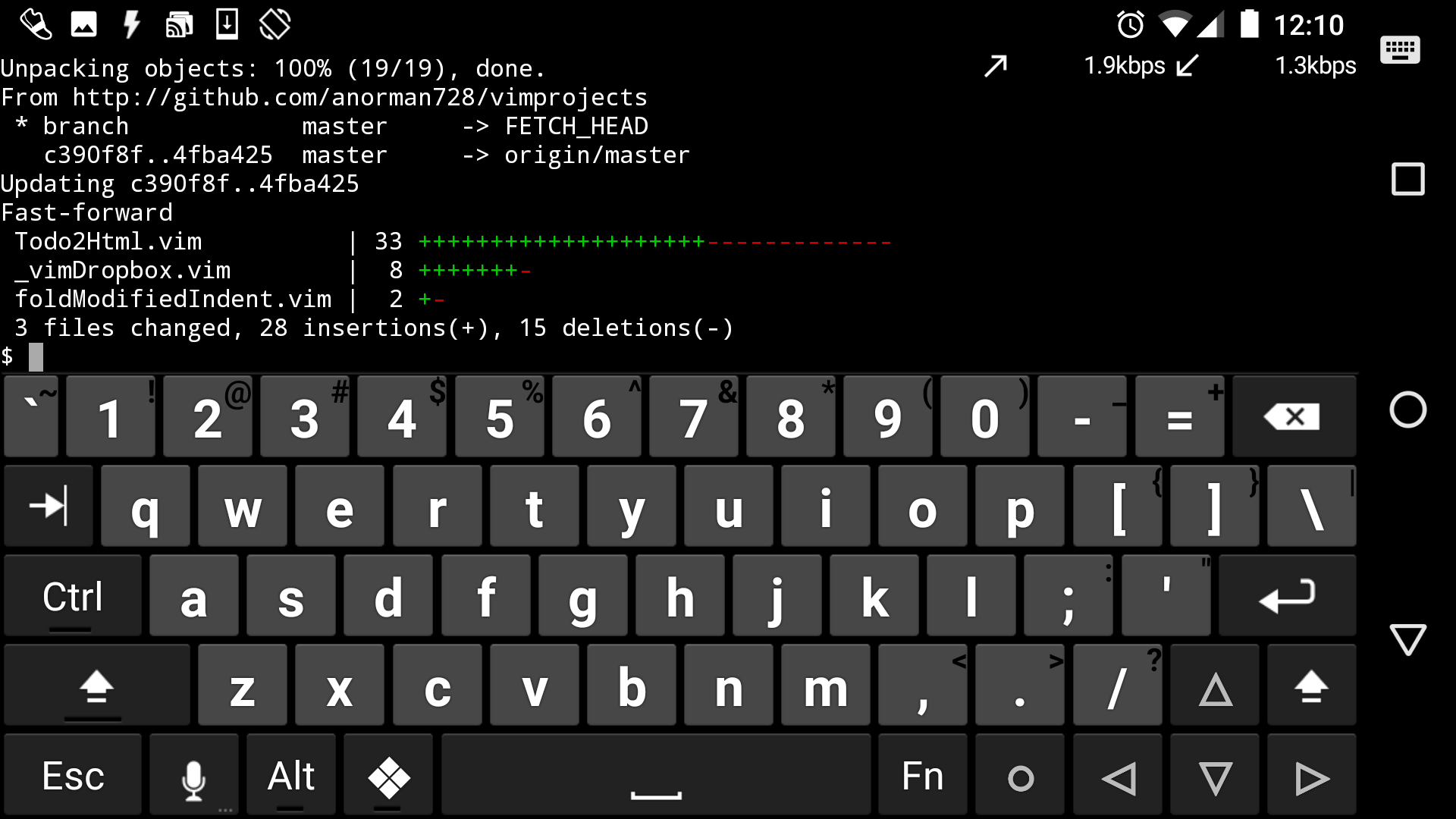 I’ve been working on Threadstr a lot lately, but I think I’ll take a break to make a reco.

(“Reco” is short for “recommendation,” not “reconaissance,” by the way.)

There’s a really neat program on Android called “Termux.” It is, more or less, a CLI Linux distro for mobile (which seems to be based on Debian), complete with its own software repos containing the most common CLI tools you’ll need. I’ve found it to be incredibly useful because it gives me the tools to be able to SSH into my DO droplets, being able to use a full version of Vim, being able to use Git, and so much more. It has a complete BASH implementation with .bashrc just like you’d expect from any Linux distro. Thus far, there have only been two things that I haven’t been able to do: Compile LaTeX documents (texlive is not in the repo– yet) and use the Perl engine for grep (there’s probably a way to enable that, though).

I was beginning to seriously consider renting a DO droplet for the sole purpose of being able to SSH into it through Juice because of how useful it would be. That’s now no longer necessary for me.

With a Bluetooth keyboard, I have greatly reduced my need for a laptop by using Termux. (When I am sans physical keyboard, I am able to get by with Hacker’s Keyboard.)

If you have need for a Linux distro on-the-go, I’d definitely suggest you give Termux a try.